Regarded for thousands of years in the East as a key to good health, happiness, and wisdom,

tea has caught the attention of researchers in the West, who are discovering the many health benefits of different types of teas. Tea is a name given to a lot of brews, but purists consider only green tea, black tea, white tea, oolong tea, and pu-erh tea the real thing. They are all derived from the Camellia sinensis plant, a shrub native to China and India, and contain unique antioxidants called flavonoids. The most potent of these, known as ECGC, may help against free radicals that can contribute to cancer, heart disease, and clogged arteries. All these teas also have caffeine and theanine, which affect the brain and seem to heighten mental alertness. 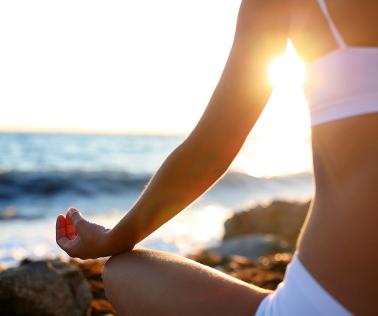 The more processed the tea leaves, usually the less polyphenol content. Polyphenols include flavonoids. Oolong and black teas are oxidized or fermented, so they have lower concentrations of polyphenols than green tea; but their antioxidizing power is still high. Tea contains a large number of potentially bioactive chemicals, including flavonoids, amino acids, vitamins, caffeine and several polysaccharides, and a variety of health effects have been proposed and investigated. It has been suggested that green and black tea may protect against cancer, though the catechins found in green tea are thought to be more effective in preventing certain related cancers such as liver and colorectal while both green and black tea may protect against cardiovascular disease. 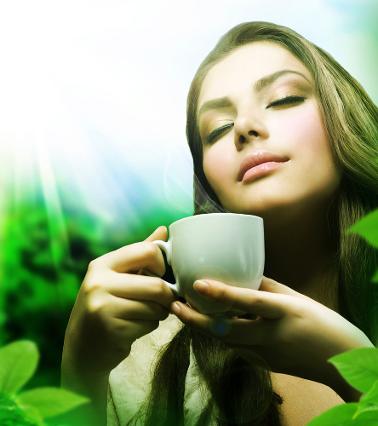 Other studies have found that some teas protect against heart disease, and diabetes; encourage weight loss; lower cholesterol; and bring about mental alertness. Tea also appears to have antimicrobial qualities, protect against tooth decay and improve bone density. Preliminary lab studies show that “a wide variety of commercial teas appear to either inactivate or kill viruses,” reports Reuters health Information. Several types of teas were tested on such viruses as herpes simplex 1 and 2 and the T1 (bacterial) virus. According to researcher Dr. Milton Shiffenbauer in New York, “iced tea or regular tea does destroy or inactivate the [herpes] virus within a few minutes.” Similar results were obtained with the T1 virus.“There doesn’t seem to be a downside to tea,” says American Dietetic Association spokeswoman Katherine Tallmadge. “I think it’s a great alternative to coffee drinking. First, tea has less caffeine. It’s pretty well established that the compounds in tea – their flavonoids – are good for the heart and may reduce cancer.”
Nutritionists agree, any tea is good tea. Still, they prefer brewed teas over bottled to avoid the extra calories and sweeteners.

Our green teas are made using only the youngest and most tender tea leaves. All tea made from the tea bush (Camellia Sinensis) have a high concentration of EGCG – a  powerful polyphenol and its benefits have been widely studied. Green tea’s antioxidants may interfere with the growth of bladder, breast, lung, stomach, pancreatic, and colorectal cancers; prevent clogging of the arteries, burn fat, counteract oxidative stress on the brain, reduce risk of neurological disorders like Alzheimer’s and Parkinson’s diseases, reduce risk of stroke, and improve cholesterol levels.

Made with oxidised tea leaves, black tea has the highest caffeine content and forms the basis for flavored teas like chai, along with some instant teas. Studies have shown that black tea may protect lungs from damage caused by exposure to cigarette smoke. It also may reduce the risk of stroke.

Uncured and lightly processed. One study showed that white tea has the most potent anticancer properties compared to more processed teas.

In studies, those given antioxidants from oolong tea were found to have lower bad cholesterol levels.

Made from fermented and aged leaves, its leaves are pressed into cakes. Studies have shown that Pu-erh helped with weight loss and reduced LDL cholesterol.